The matter is everything around you. Atoms and compounds are all made of very small parts of matter. Those atoms go on to build the things you see and touch every day. The matter is defined as anything that has mass and takes up space (it has volume).

In physics, a state of matter is one of the distinct forms in which matter can exist. Four states of matter are observable in everyday life: solid, liquid, gas, and plasma.

In the solid phase, the molecules are closely bound to one another by molecular forces. A solid holds its shape and the volume of a solid is fixed by the shape of the solid.

In the gas phase, the molecular forces are very weak. A gas fills its container, taking both the shape and the volume of the container.

Plasma is one of the four fundamental states of matter,  It consists of a gas of ions – atoms or molecules which have one or more orbital electrons stripped (or, rarely, an extra electron attached), and free electrons.

Many intermediate states are known to exist, such as liquid crystal, and some states only exist under extreme conditions, such as Bose–Einstein condensates, neutron-degenerate matter, and quark–gluon plasma, which only occur, respectively, in situations of extreme cold, extreme density, and extremely high energy. For a complete list of all exotic states of matter, see the list of states of matter.

There exists more than 20 states of matter, watch the video and learn more 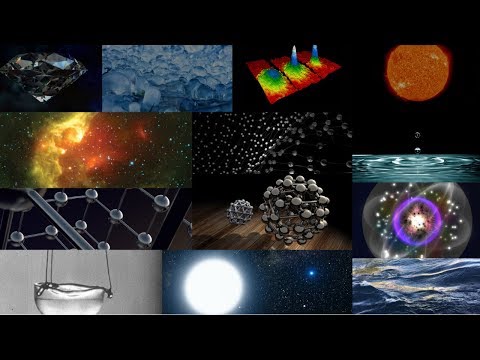 LIVE PROGRAM – Day2
Prev
What are Potions
Next